GPS tracking has become an important business tool in recent times and can help your business in all sorts of different areas such as customer service, security and protection, budgeting, and deliver cost efficiencies.

If you are considering GPS tracking for your business we have complied a simplified glossary of terms to help you understand the technical and abbreviated terms associated with GPS tracking.

Assisted Global Positioning System, better known as A-GPS, is a system which can help improve the efficiency of gaining a positional fix, improving performance or time to first fix (TTFF).

A Data Logger, also known as a GPS Logger, simply logs the position of the device at regular intervals and stores the data internally, ready for downloading and analysis at a later date.

The aptly named data pusher is the most common GPS tracking unit when considering asset, vehicle and mobile tracking. It is known as a pusher as it pushes (transmits) the position of the device along with other information to a specific, pre-set server, usually via GPRS.

This is compiled data on the driving style of the driver. It utilises the information from the GPS device relating to speed, location and direction together with the cars on board computer data which monitors acceleration, braking, gear changes, speeds and fuel levels.

From photos to documents geotagging records the time and location of the file, using GPS technology providing the longitudinal and latitudinal coordinates to support the location.

General Packet Radio Service, not to be confused with GPS as it is an entirely different technology, despite only differing in one letter it uses radio waves as a method of sending data rather than satellites. GPS is used primarily for positioning whereas GPRS concerns itself with sending GPS related data.

This is a discrepancy in location recorded by the GPS and the actual location of the tracked unit. Simply put, the GPS is representing a location which may not be precise, which may be due to changes in satellite configuration, operating near trees or other dense obstacles, and satellite data errors.

An abbreviation for Pay As You Drive, PAYD systems are used to monitor the use of company vehicles and can help cut down insurance costs by using the recorded evidence as proof of company car usage. GPS technology ensures the location and trail are recorded, guaranteeing an accurate record of usage.

An abbreviation of Pay How You Drive. This relates to a system which records the driver’s behaviour (including harsh acceleration, braking, speeds etc), that companies can then use for driver accountability when instances occur whilst using company vehicles. Once again the GPS tracker ensures the location and trial is recorded, providing an accurate record is created.

The integrated use of telecommunications and informatics, for application in vehicles and with control of vehicles on the move. Telematics includes, but is not limited to GPS technology integrated with computers and mobile communications technology.

TTFF is the acronym of time to first fix, quite simply it is the time required for a GPS receiver to obtain a satellite signal and navigation data.

More terms and definitions will be added continually throughout the year so check back for more details and updates. 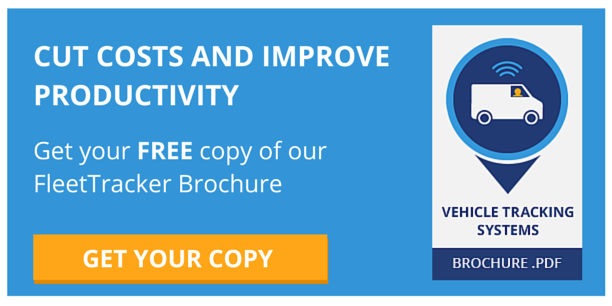