A new report has been published this month by the Institute of Advanced Motorists, which underlines the increasing role of smartphone use in car accidents. The statistics make for alarming reading.

It is estimated that using smartphones whilst driving is actually more dangerous than the driver drinking or having smoked cannabis before driving.

These conclusions were arrived at by measuring the reaction times of drivers using a simulator, and measuring reaction times of young drivers whilst using social networking devices during driving tasks. Using facebook whilst driving affected all drivers adversely.

Driver’s reaction times were slowed down by around 38% and it was noted that important driving events and situations were missed. For example, it was observed that drivers found it harder to maintain a central lane position, resulting in them deviating from their correct lane. More alarming still was the observation that drivers using smartphones were unable to respond as quickly as was safe to the car in front of them changing speed. These higher-level concentration actions were seriously impaired.

On 14 November 2010 a solider who had survived two tours of Afghanistan was killed when a Plumber's van veered into her path on the B1188 near Lincoln. Phone logs from the emergency services and the drivers facebook page updates showed that minutes before the collision on the B1188 near Lincoln, the driver of the van Paul Mould, had posted a message on his Facebook page thanking his friends for their birthday wishes. Read more: http://www.dailymail.co.uk/news/article-2053445/Woman-soldier-killed-driver-updating-Facebook-page-surviving-duty-Afghanistan.html#ixzz1qDeweD7z

The IAM report has led to a call for smartphone usage to become as socially unacceptable as drink driving, and failure to use a safety belt. Both of these issues have been pushed up the political agenda by sustained information campaigns, and the IAM hope the same level of social censure can be achieved by highlighting the dangers of smartphone use whilst driving.
These findings bring into question the whole relationship we have with phones and cars, as they clearly pose more of a threat to road safety than alcohol.

New Awareness Campaign
In the same way that social pressure will discourage people from drink driving, the hope is that social media itself can provide the pressure for drivers to stop social network usage whilst behind the wheel. The IAM is hoping for phone manufacturers to take the lead in spearheading a new campaign to spread the word about smartphone dangers. Teenagers are at the highest risk, being the category of drivers most likely to have accidents, and also being the social group most likely to be using social networking. IAM chief executive Simon Best said,
“Young people have grown up with smartphones and using them is part of everyday life. But more work needs to be done by the government and social network providers to show young people that they are risking their lives and the lives of others if they use their smartphones while driving.”

It is essential that the government, manufacturers, the media and businesses educate employees on the perils of social networking and texting whilst driving. Let’s hope that stories like that of Paul Mold serve as a stark reminder of what is at stake.

This is a guest post from Christine Jenson is a professional writer from England who covers many causes including drink driving insurance and how to improve road safety. The author’s views are entirely his or her own and may not reflect the views of Crystal Ball Ltd.

MobileTrack Pro with MobileMonitor is Crystal Ball's mobile phone based tracking solution that can help companies monitor and be alerted when their drivers are using their handsets out of hands free mode whilst driving. 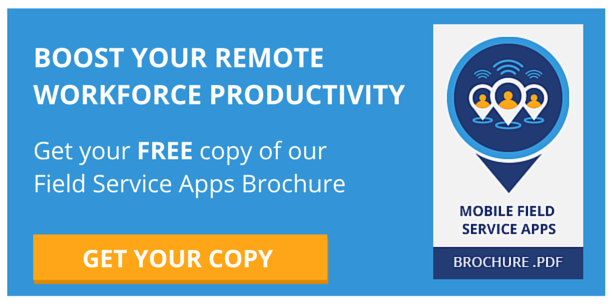